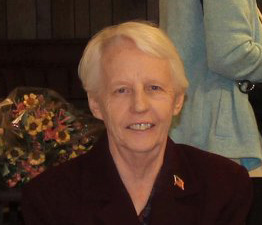 When things get tough and the situations never seem to change, it's hard to keep your chin up.

With these situations in mind, Tim Timmons and David Garcia wrote the song titled, “Even If.”

Tim had already written a chorus to a song, but hadn't finished it. After visiting with his friend, Bart Milliard, who told him that his son, Sam had a bad checkup. At the age of 2, Sam was diagnosed with Type 1 diabetes. As a teenager, Sam didn't always take care of himself. Bart continued telling Tim all about it, not thinking about Tim's ongoing battle with a type of cancer that he had for years. When he left, Bart didn't think Tim had been listening to him.

Not true. Tim wrote just about everything down that Bart had told him and sent Bart a message. The song ended up being almost word for word for the chorus of the song.

“It was one of those moments based on life experiences, just like our other songs,” according to Songfacts. “Tim sang this chorus and then Bart sang it to us and said he thought this was what we were missing for the album. We finished it out fairly quickly.”

The chorus goes like this, “I know you're able/And I know you can/Save through the fire/With your mighty hand/But even if you don't/My hope's still you alone.”

Mercy Me recorded “Even If” in the album titled “Lifer” in 2017. “Even If” became No. 1 on Billboard's Hot Christian Songs chart and still is a popular song.

This song resonates with so many people who are in difficult situations. I love the tune and the video that goes with it. Mercy Me has a wonderful testimony with their songs.