GRAMMY'S THOUGHTS: Treason is the Reason 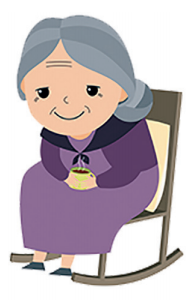 I want to congratulate the Custer County Commissioners for their recent Resolution #21-17, published in the Sangre de Cristo Sentinel newspaper. The date on the Resolution is Sept. 8, 2021, and all three commissioners signed this decision to call for the removal of Joe Biden as President of the United States, and charge him with high treason in his actions against the will of the people of this nation. He is charged with 10 different reasons for removal, all known to be true, and the actions of this body in Custer County, Colo., ought to be followed by all of thousands of counties throughout our nation to encourage our 50 states to do the same thing, and demand this man be removed immediately, as well as his staff and those who have written the 400 directives he has enacted in his first very short year in office. He has undone all the Make America Great again slogan results from 2016.

I have been thinking about the entire state of Colorado, under the thumb of the National Parks Service, Forest Service and Bureau of L and M. We are constantly being told we cannot go into our “wilderness” areas any way, but on foot, we are told we cannot enjoy our “Public” Land unless we follow the strict rules of the people who are supposedly taking care of it. The recent fires have been proof that the people in charge of caring for our precious federal reserve land have forgotten the first rule-Protection of the trees (Pine Beetle are rampant in all our forests), access for logging operations, (which opens the area for access to fire firefighters), use of the areas for hunters and making it easier to get the killed animals out on a motorized vehicle, and last but not least, keeping our personal property next to these areas safe from fire and encroachment from unwanted pests.

The smoke wafting through our area in the past six months was California trees, bushes and homes. If you happened to look at the map depicting where all the fires were, it was a shock to see how the entire western USA was under the fire warning, and fires were everywhere from Washington state down to New Mexico. We had a few fires in Colorado, as well, but our spring rains helped a great deal in leaving a bit of moisture in the high country - the very area the Forest Service and BLM are supposedly taking care of. They got a reprieve from Mother Nature this spring. How about 2022, and on up the yearly line of drought that seems to be increasing?

I simply cannot accept the fact that anyone in their considered thinking would approve of what is happening in our nation. I have a heartburn thinking about Texas, Arizona, New Mexico and California people trying to keep out the tsunami of people attacking their borders, and the acceptance of the federal government in allowing them to be transported to cities throughout the nation-housed, fed, schooled and supported so they may become citizens. I at the very least would demand they all speak English, not broken, unclear and garbled English, but well-spoken and understandable syllables. I am hoping the majority of these people are smart enough to be able to learn a new language if they are smart enough to figure out how to get here.

The national leadership has failed us, miserably. The national leadership is not following our constitution, nor our Christian principles of self-reliance and productivity, work if you want to eat, and be individuals who believe in all the progress we have achieved in this 200 years. Please say the Pledge of Allegiance as you come across the border, and mean it! Please accept help only if you are desperately unable to help yourself. We have given, given and given again to be numbered amongst the most generous people in the world. Now, it is time to take stock, and see who has been grateful!

Meanwhile, back at the ranch, we are seeing the destruction of the “infrastructure” of our national highways, byways and schools, simply because the greed shown by those in power is overwhelming the amount of money our taxes can generate. If we continue to go into debt, we will soon be drowned in the sea of the lost. Our freedoms will be gone, as well as our money. Prepping is the new idea to weather the upcoming storms of depression and want. But, the problem will be, we will all be in the same position - some with tendencies to take from those who have prepared to go through the storm in a normal way.

Joe Biden indeed needs to be removed from office. The Feds need to let go of Colorado.