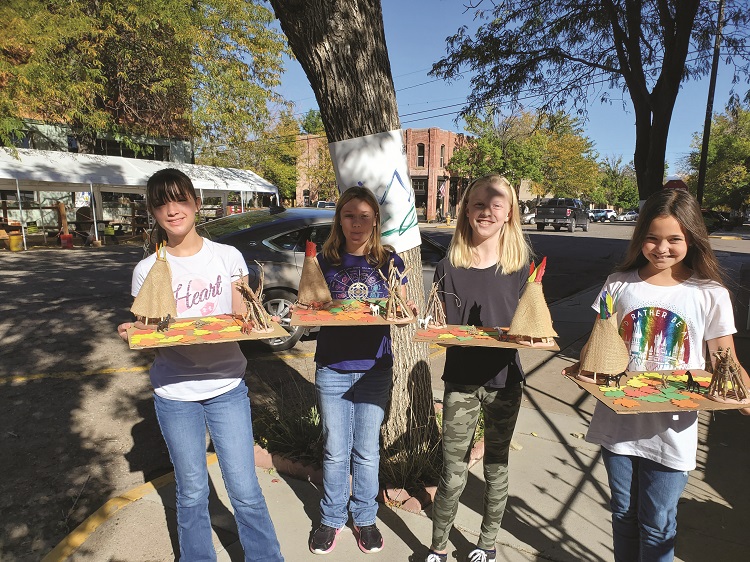 The Eastern Fremont County Historical Club for third-fifth graders has completed their first big project! Members have been studying the Ute Indians that lived in eastern Fremont County long ago. The Utes had a wide range of living and hunting grounds. The Utes were hunters and gatherers. Shelters the Utes made were wicci-ups, made from saplings and brush found where ever they choose to camp for a while. The Spanish explorers introduced the horse to the Utes who then could travel far and replaced their wicci-ups with tee-pees.

Club members created salt dough maps of the Ute territory and then created models of the wicci-ups and tee-pees along with horses to show the Utes moving into new methods of hunting and living. These models are at the Florence Post Office for a while so the community can view them.